A downloadable game for Windows

If you enjoyed the game, please consider supporting me on Patreon for early access to future titles and more :)

Embark on a journey through your last years of high school and beyond as you try to find success, love, and yourself.

Aya Mizuki is a pretty typical teenager - cynical, lazy, and doesn't know what she wants to do with her life. As she finds she has a passion for volleyball, your choices will help guide her to passion in her love life as well.

Things don't always end on a high note... but sometimes, that's just how life is. Aya Mizuki is a quiet, but lazy girl. She's not very social, and tends to spend most of her time with her nose in a book. She spends some of her evenings warming the bench for the school's volleyball team, as having club activities always looks good on a college resume. After a tragic accident injures one of the team's star players, Aya is called upon to step in, and with her Grandpa's help, finds a passion for volleyball that extends past her senior year in high school as she pursues a career. Nanami Ebihara is the volleyball team captain, and hates the fact that Aya isn't taking things seriously. Quiet, shy and unassuming, Nanami is far from a typical high school sports star, instead she dedicates her life to her craft. Yuka Saito is one of the most popular girls in school, pretty and with a sharp sense of humour she's the life of the party, so to speak. She flirts with and befriends Aya, introducing her to the local bar scene. Eri Toyama is one of Nanami's oldest friends, and joins the volleyball team after meeting Aya. She looks up to Aya as a big sister, and though she has a lot of problems in her home life, she's always optimistic, cheery and cute. Yuichi Hiyama is the star of the school's soccer team and is tipped for great things in the future. Yuichi and Aya become fast friends over their shared love of beef bowls. However as tryout season approaches, Yuichi comes to Aya with an offer she may not be able to pass up... Aya's grandpa Satoshi lives in the countryside and takes care of Aya in the summer. Satoshi had an oddball sense of humour, an equally oddball laugh and loves his family very much. Maybe it's all the tea he drinks. What Aya doesn't know is that he was once an athlete too.

Over 25 wonderfully rendered CG's by the new CG artist from A Wild Catgirl Appears 2.0

A completely new soundtrack, different from the usual VN fare.

Built with Ren'Py for stability and custom options.

In order to download this game you must purchase it at or above the minimum price of $9.99 USD. Your purchase comes with a Steam key. You will get access to the following files:

This was an interesting departure from most multiroute VNs... we get accustomed to all routes ending just about as well as one another, plus maybe one True Ending which somehow fixes all the problems in all the others. This game is more complicated. I'm not genuinely sure how I feel about this particular execution but I enjoyed having a different experience than what I expected, to give me something to think about in future. Also, the grandpa scenes were a nice and touching thing to include.

Fun VN. I played all the routes. Engaging storytelling, very queer friendly. Engaging music and all the characters are fun to engage with. I also appreciate how the main character progresses throughout the VN.

Sorry if this is a weird question, but I got the game in the RJ bundle, and I was wondering - if I wanted the mature version, should I purchase it separately, or is there a patch? (I haven't downloaded it yet, trying to sort it all first)

any boy on boy romance in this

Hey, uhm, I just played this game (well I played one of the routes, Nanami's) as I got it in the Racial Justice Bundle & I just have to say what a phenomenal job you did with this. I've been playing VNs since High School & this might be the best VN I have ever played - certainly among the top ever. Phenomenal job with the writing & character development.

Nice VN! Is there an option to make the options menu fade in quicker it can take a while saving and loading too :O Thanks!

hey! I swear I fixed this for the steam version, I might’ve forgotten to update it. Shoot me an email at info@newwestgames.com! 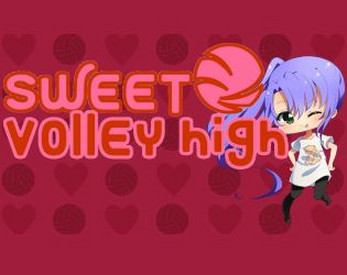