A downloadable game for Windows, macOS, and Linux

Ecchi Sketch: Draw Cute Girls Every Day follows the story of Yume Akiyama, a girl in her mid twenties who works at a real 'dead-end' job - at a funeral company. Her real passion, however, is anything girl x girl - manga, anime, videogames; if it has cute girls romancing other cute girls, then she's a fan.

A talented amateur artist, Yume is suddenly given the opportunity of a lifetime - to be a mangaka at a manga studio! But with so many other attractive girls at the office... will she be able to concentrate?

Yume Akiyama
Yume Akiyama, the heroine of our story, is a graphic designer at a funeral company. She's also a highly talented manga artist and is a superfan of anything girl x girl, be it manga, anime or video games.

Yume's mother died while she was young, so now she lives with her Dad, a high powered executive at Miyuhara Industries.

Kyoko Miyuhara
Kyoko Miyuhara is heir to the Miyuhara fortune. Her father is the president of Miyuhara Industries, a national company on the Nikkei stock exchange.

After a chance meeting with Yume, Kyoko reveals she runs her own company - Shirayuri Media who create girl x girl manga and doujinshi.

Rin
Rin is the jack of all trades at Shirayuri Media. From shading, to cleaning and colouring, Rin handles the odd jobs. Obsessed with pink, magical girls, and all things cute, Rin often comes across bratty and immature. Underneath, however, she hides a heart of gold.

Megumi
Megumi is a talented storyteller, a hobbyist musician and deep thinker. She often loses herself in her own thoughts... sometimes in the midst of conversation.

She often questions her place in the world, and can come across a little abrasive. Her personal life is a closely guarded secret.

In order to download this game you must purchase it at or above the minimum price of $9.99 USD. Your purchase comes with a Steam key. You will get access to the following files:

Ok, so the ECCHINSFW-final.rar file also contains the gallery and some extra content. Both versions are NSFW though, so I don’t get the naming difference? The -final-version also contains the Linux and macOS versions of the game – it’s just tagged wrong (please kindly fix!).

The Linux version is also still missing the executable bits on the Ecchi_Sketch.sh and lib/linux-x86_64/Ecchi_Sketch files, but manually setting them is enough to make it launch; the libssh-gcrypt.so.4 workaround is NOT NEEDED for this version. (Also dealing with .rar-files is annoying, but its not a deal-breaker.)

Oh and if you need any help with this, I can create a version of the ECCHINSFW-final.rar file that doesn’t have this problem, it would have to be a .zip-file though.

Actually liked the 1.0 Megumi and Kyoko routes a lot too, just got bogged down a bit too much in technical issues here before we could even start playing the story. 😉

What is the difference between the Ecchi_Sketch-1.0-all-v.zip and ECCHINSFW-final.rar downloadable files?

Also the Linux version is broken by default and needed some tinkering to be launched:

hey i got this in the bundle and it looks rlly cute n im into it but it looks like it wont open on mac. is this a known issue? thanks.

Hey there! So, this game was developed a number of years ago, and I think they've done some big changes with Mac OS which broke a lot of games. Looks like mine is probably one of those. It's something I can look into - but may take a while to get resolved!

hey, i am going thru my bundles and this was included, but the sfw version. is there a way to get this nsfw version too? or is that not a thing? it's ok if not! just thought i'd ask!

This is really really good! Is the bonus content slated to come out anytime soon?

Reply
Teatime for Cabbages5 years ago

I keep getting an error trying to pay with PayPal. ("We can't process your payment right now, so please try again later. We're sorry for the inconvenience.")

Not sure why, but I've updated things my end, just in case. Give it a try!

Reply
Teatime for Cabbages5 years ago 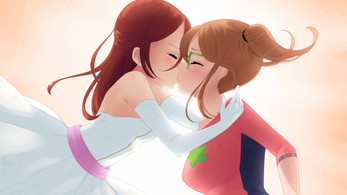 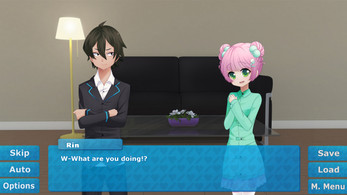 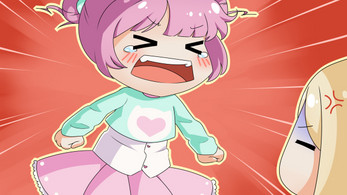 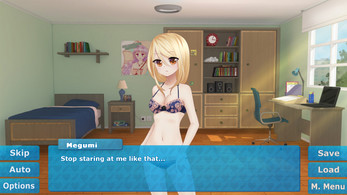 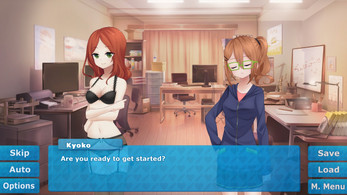